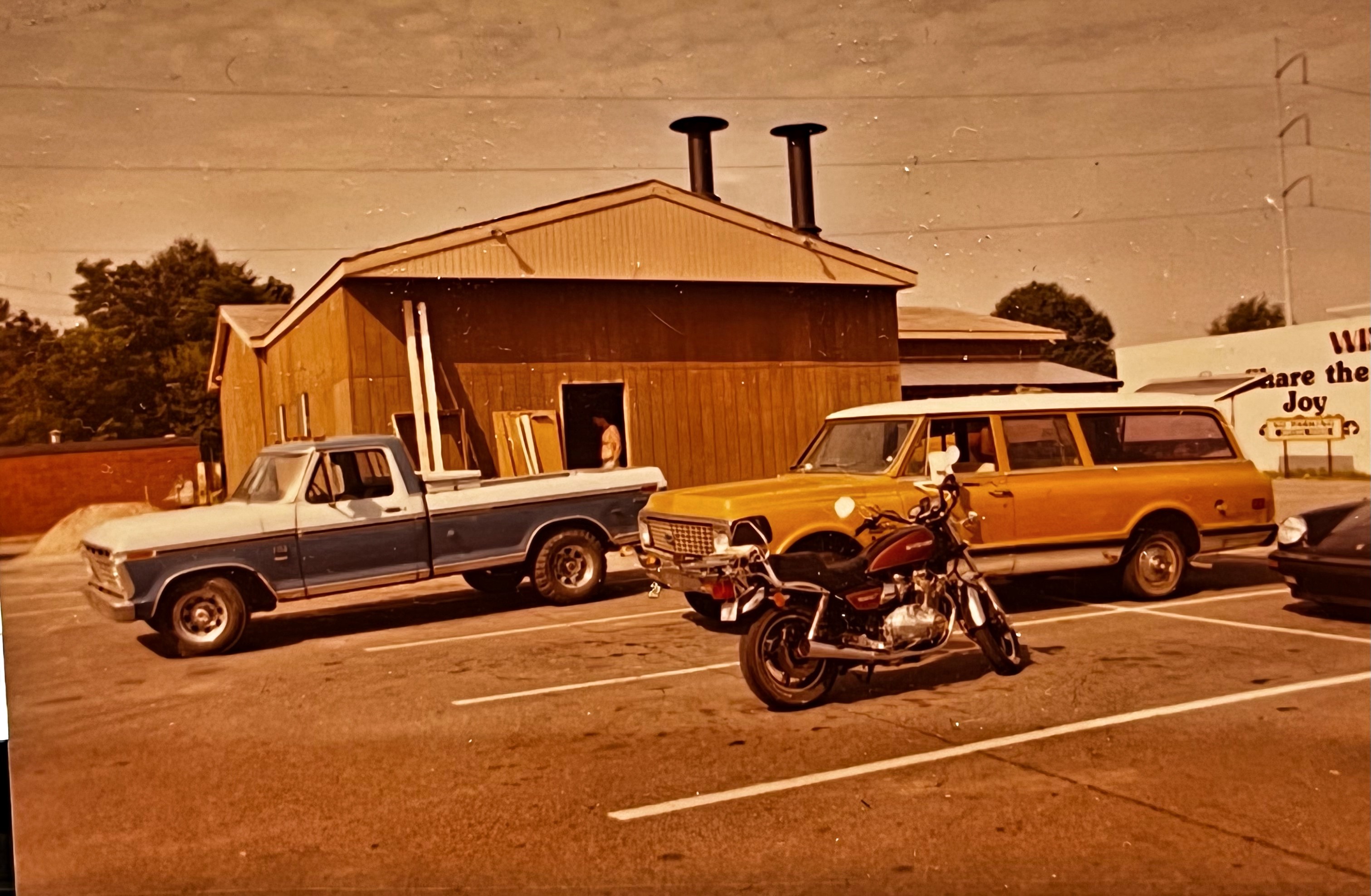 In 1984, Don Pelts envisioned a full-service, authentic BBQ restaurant with servers AND a drive thru. Captain Don, as he was known by all of the employees, found the perfect location in East Memphis on Poplar Ave where you can still find a line wrapped around the building and down the street any given day. 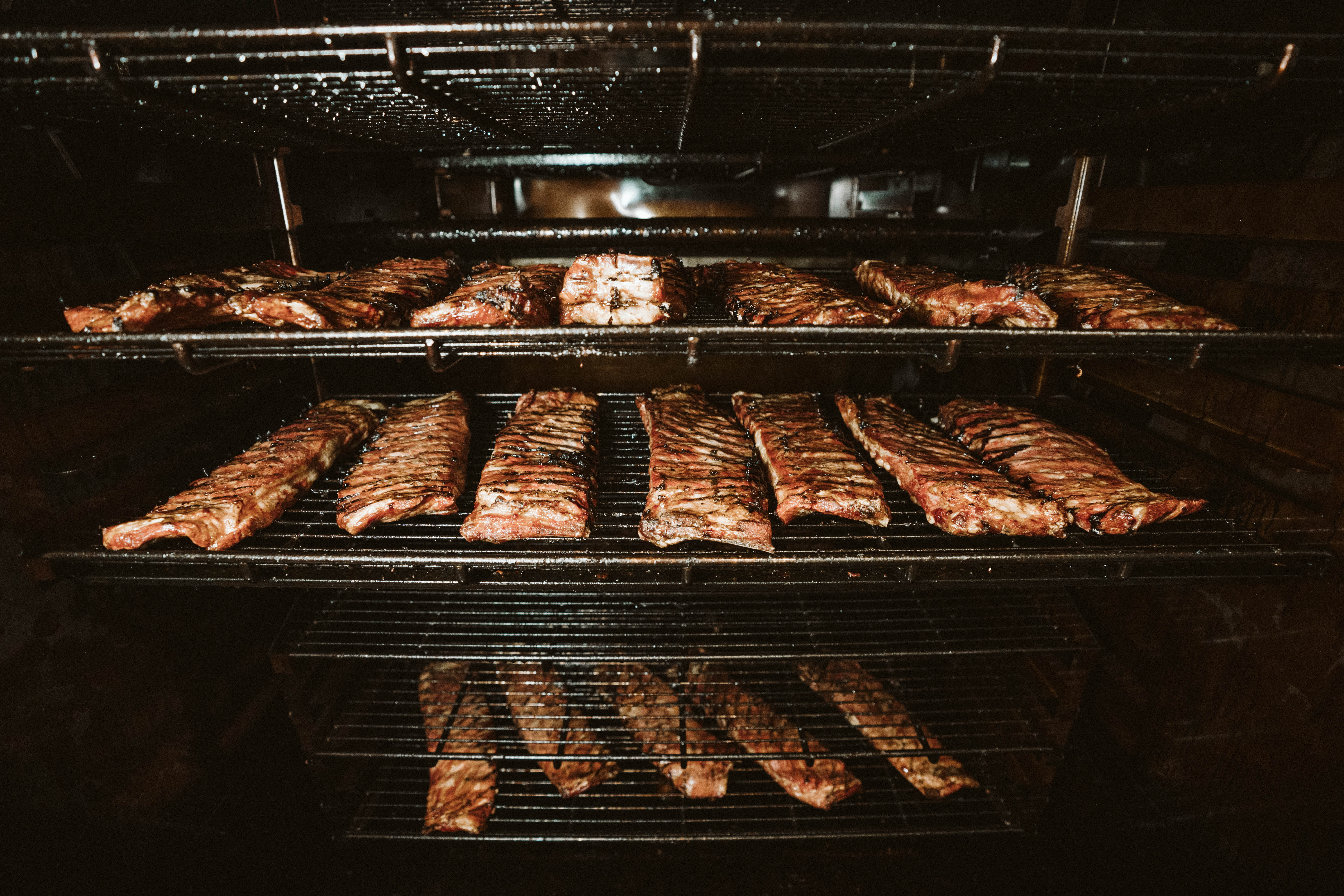 Corky's Iconic BBQ Shipped across the US

Corky's was a pioneer in shipping food. In 1987, being able to ship a local cuisine across the country was not very common. Due to so many requests from out of towners visiting the restaurant wanting to share their experience with others, Corky's started cooking ribs and pulled pork to ship overnight to friends, business associates, and native Memphians that moved away and missed our famous BBQ. 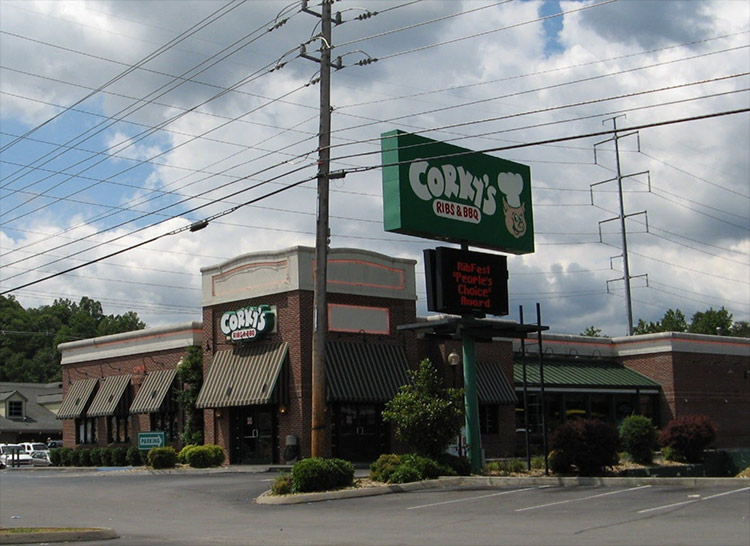 Corky's expands to a town near you

in 1990 Corky's franchises started to open in other cities around the south. You can still find Corky's restaurants outside of the Memphis area in Brentwood and Pigeon Forge, Tennessee and two locations in Little Rock, Arkansas. 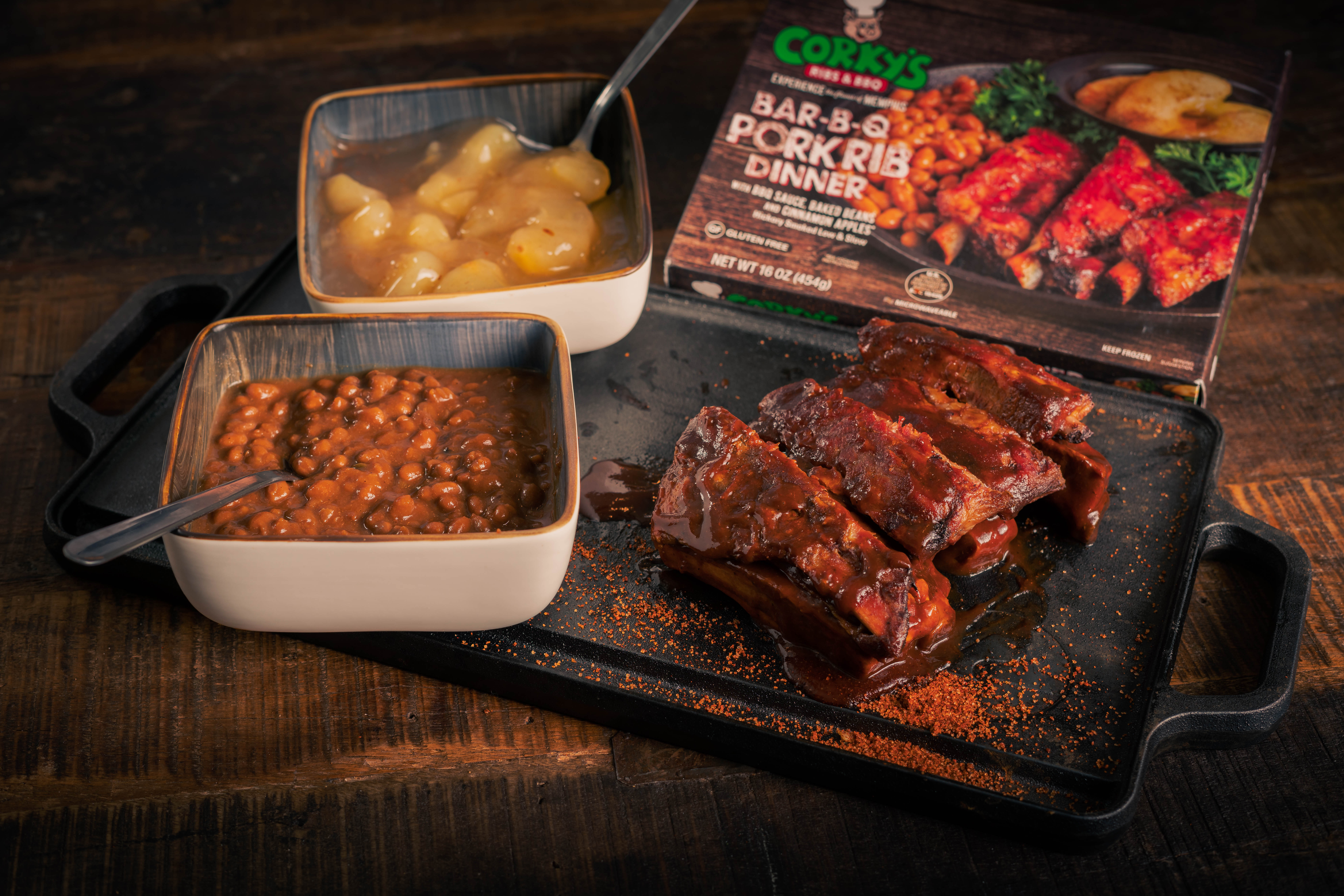 Local customers in Memphis wanted to be able to purchase their favorite bbq in the grocery so Corky's started cooking ribs, pulled pork and bottling our award winning bbq sauce for local grocery stores in our new USDA cooking facility next to the original restaurant on Poplar Ave. 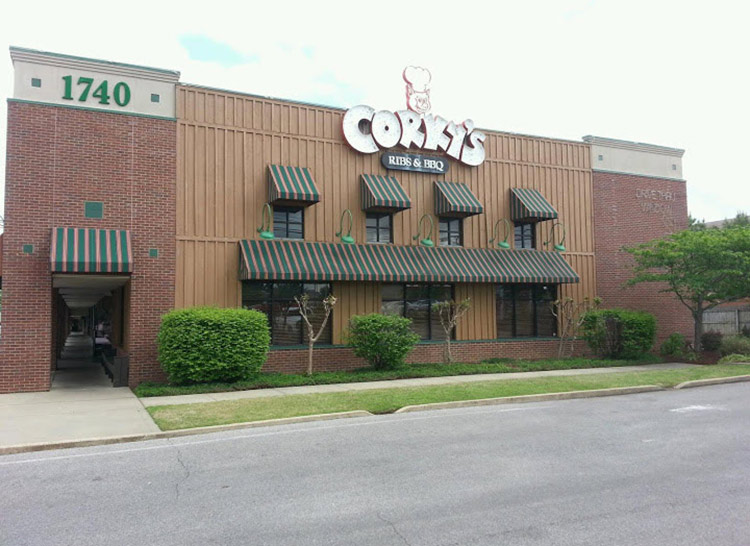 As Memphis continued to grow, we opened our largest, two-story location with private party room and a drive thru to make it easier and more convenient for our customers in Cordova, TN. 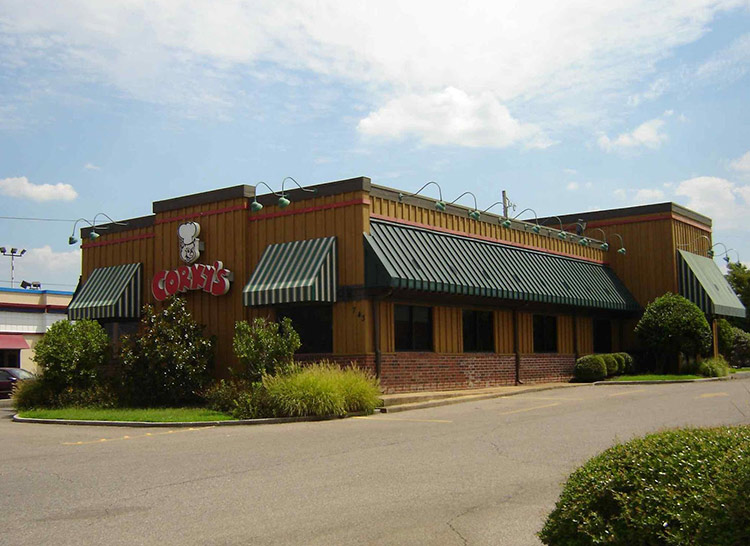 Our third location in the Memphis area opened in the growing suburb of Collierville, Tn. Management and employees from the original Corky's lead the opening and many of that same team are still slow smoking BBQ and providing legendary service that Corky's is known for in Collierville. 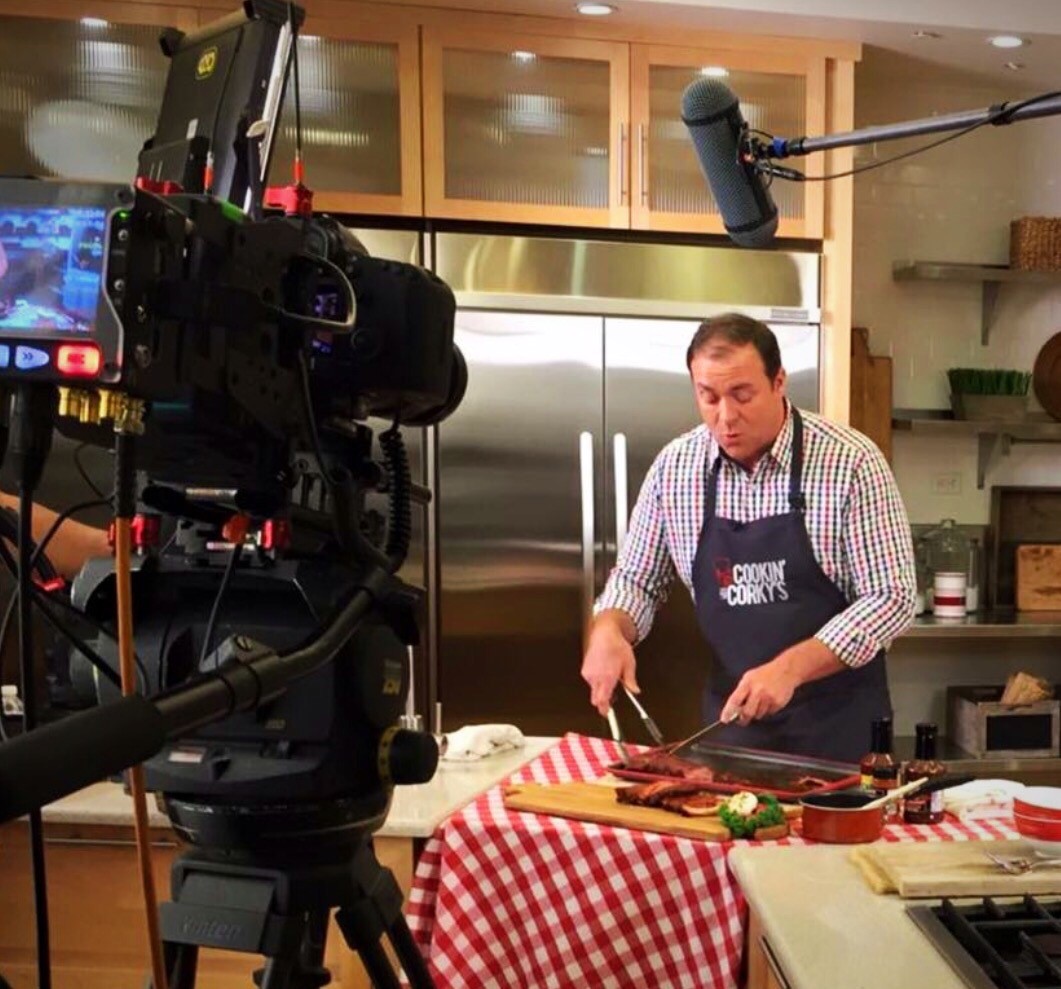 Corky's bbq ribs with our Original award winning sauce were showcased on QVC, the worlds largest television shopping channel. Corky's has been appearing regularly ever since setting records in bbq sales nationwide.

Corky’s BBQ is Memphis BBQ. We helped put this city on the map as a culinary capital and BBQ haven. Locals don’t lie, and we’ve been voted the #1 BBQ joint in Memphis 22 times since Don Pelts fired up Corky’s first hickory and charcoal BBQ pit (more than 30 years ago) with one goal in mind: serve the absolute best BBQ possible.

Find a location near you!